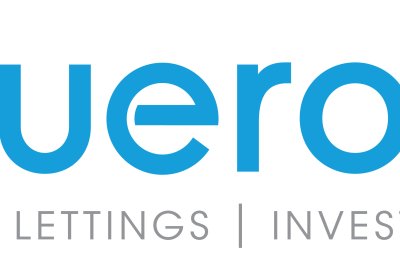 As he seeks re-election as city Mayor, Joe Anderson says his £1bn plan for 10,000 new homes would be ‘transformational’ for the city.

The proposal is a major part of his manifesto ahead of the local elections on May 5 when Liverpool voters will be asked to choose the city’s leader for the next four years.

Joe Anderson says, if re-elected, he would bring in plans to build 10,000 houses at sites across the city – at an estimated cost of £1 billion.

The houses would be made available to people to rent, with part of that payment being kept towards a deposit, which would eventually allow them to buy the property.

The ‘rent to buy’ scheme is aimed at ‘tackling inequality’ according to Mayor Anderson.

There are around 12,000 people on waiting lists for homes in the city, but the Mayor says the actual number who could benefit may be much higher.

The scheme would be aimed at young families starting out, and others unable to save for a deposit for a mortgage to get them on the property ladder.

The Liverpool Labour leader claims to have figures suggesting 30,000 people in the city could benefit, and he added: “The private rented sector make up about 70% of the housing sector in this city, whereas in other cities it’s the reverse – and that is what we’re trying to tackle.”

Where will be new houses be?

According to the Mayor, there are 22,000 sites in the city which have planning permission, and they would aim to build houses ranging in price to attract different potential buyers.

He says they are looking at ‘brownfield sites’ across the city which could be used – including locations in Norris Green, Croxteth, Fazakerley and south Liverpool.

Also potentially part of the plan is the Garden Festival site – which had plans approved in 2007 for new houses and apartments on part of it – and Peel’s Liverpool Waters which received planning permission in 2012 for 9,000 new homes.

How will it be paid for?

Mayor Anderson has said potential investors from pension funds, from Britain and abroad, are interested in the proposals, as many are now looking for ‘ethical investments.’

However, the Mayor is also talking to the Government for further assistance under its ‘Help to Buy’ scheme.

He said: “This completely smashes anything that has been done before, and I’m confident we will get Government support.

“We also have had conversations with a number of interested parties and others who have said they want to speak to us.

“Several pension funds are interested, and not just ones from this country.”

How would people buy houses?

Mayor Anderson says this type of ‘rent to buy’ scheme would allow people to rent for a minimum of five years, during which a portion of the rents would be kept in an endowment fund to go towards a deposit if they choose to buy.

Under the proposal, people would be able to choose to buy after the minimum five year rental period, or to stay renting – and after 25 years the property would belong to them.

The plans would see a Local Authority Housing Company created to develop publicly-owned land as well as acquiring new sites.